Two Cats In One Apartment – How To Make Them Friends

Quite often, people who already have a cat, decide on having one more cat at home. Sometimes it seems to the owners that their cat needs a company. In some cases, this is a necessary measure when a second pet is picked up on the street or bought specifically for breeding. As soon as the newcomer appears in the apartment, a tense relationship may arise between him and the old-timer.

Cats are inherently owners, they like to delimit space. Any attempts by other animals to encroach on their territory causes aggression. Therefore, when there is already a cat or cat in the house and a second one appears, it is necessary to decide how to make them friends. If everything is left to chance, then over time the animals will grind, but this can result in injuries (physical and psychological), exacerbation of chronic diseases, extreme stress.

The peaceful coexistence of 2 representatives of the cat family depends on many factors:

It is best to get along two cats in an apartment if they are still kittens of the same age or with a difference of a couple of months. They quickly find a common language, as they are playful, cheerful, have not yet divided the territory. It usually doesn’t reach serious fights, but if one kitten gets too angry and starts biting, scratching, grabbing a second one, you need to breed them in different rooms and distract them with food or toys. After 10 minutes, they can communicate again, as if nothing had happened.

Cats of childbearing age and kittens easily come along. Females have a maternal instinct, they quickly get used to a little stranger, often showing concern for him.

Cats with kittens are another story. Males do not have an instinct for caring for offspring, therefore they either simply ignore small fluffies, or show aggression, which should be stopped.

An unsterilized cat and an uncastrated cat get along quickly enough. But as a result, the cat will leave marks around the house, he will have to endure his throaty heart-rending meow when he calls the cat and expects soon offspring.

Two adult cats in the same apartment get along easily, but the older one will show little aggression over the younger one. If the latter can yield, everything will be fine. Otherwise, fights cannot be avoided.

The most difficult thing is to make friends of two adult cats. The male who lives in the house considers himself a full-fledged master. He will perceive the new cat as a contender for his territory. This leads to aggression, marks, fights between rivals.

The appearance of a new animal in the house causes aggression and stress in the old-timer. He will in every way protect his bowl, sleeper. The main goal of the owners is to maintain the measured lifestyle of the first pet. The fact of whether two cats get along in the same apartment or not will largely depend on this.

Zoopsychologists believe that two pets should make friends if they are brought into the house at the same time. But this happens infrequently only if the owners move to a new home and at the same time take a new animal for the company to their former favorite. Or they start two cats at once. In the remaining cases, adults will have to be controlled until they rub against each other.

Zoopsychologists give the following tips on how to reconcile cats:

1) The first meeting – a beginner should not be brought home in his arms. Better to do it in the kennel. First, the second animal must be placed in a separate room with the door closed. And in the room where the old-timer lives, put something out of the novice’s stuff. So he will get used to the smell of the future tenant faster. After a day, you can proceed to the next step.

2) Addiction – during grinding animals need to pay more attention to the first cat, especially if he is already in age. More to pick up, stroke, talk gently. So he will understand that he was not exchanged for another. You can not give the new pet cat accessories old-timer. The bowl, tray, bed, toys are saturated with the cat’s smell, for her, this means that no one claims to her territory. Until the animals make friends, each pet should have its things.

After a couple of days, the newcomer in the carrier can be brought into the common territory, which now the animals will have to divide (kitchen, corridor) and bring the first animal there. They sniff through the carrying net, begin to growl, hiss will try to punch each other with their paw. This is normal, do not bother.

If one or both pets are aggressive, it is useful to temporarily divide the room where they are with a net through which cats can sniff each other, but they will not be able to fight. You can sew a pair of double-sided litter. After both pets sleep for a day on their “own” side of the litter, they are interchanged and put on the other side, so that the neighbor chooses it. Once the animals communicate calmly through the net, it can be removed.

3) Conflict prevention – usually in a few days (maximum 10) animals get used to each other. During this time there will be “fights of local importance” in the form of hissing, rumbling, punching. This is normal. If during conflicts, cats begin to bite hard, hit their tails, hold their ears (signs of aggression), release their claws, they need to be sprayed with water or covered with a coverlet. Such actions will stop feline feuds for the time being.

4) Reconciliation – if cats eat from each other’s bowls, do not bother them. So they learn to trust because sharing food is the main sign of a cat family. If, after a joint meal, the kittens settled down on the same bedding, then they would get along together.

Pros and cons of the second pet in the house

Staying two cats in an apartment has its advantages (mainly of a psychological nature). Two tails give twice as much joy, comfort, fun. Watching them during the game, or even during sleep, when they peacefully snooze on a comfortable couch, is a pleasure. Stroking animals, their light purring can relieve stress, relieve insomnia.

IMPORTANT! Considering the pros and cons of two cats living in an apartment, one should not forget that these animals do not particularly take into account the habits of their owners, people will have to adapt to them.

With the advent of the second cat, problems will also be added. In addition to increasing the cost of food, sweets, toys, fillers, you will have to put up with active night games, with wounded wallpapers, furniture, and shreds of wool.

People who love animals do not have questions about how to make two cats in the same apartment friends. They almost always manage to reconcile their pet with the foster, despite all the problems. Patience, the sequence of actions and affection are required. The result will be a double joy from the presence of cute animals in the house, which will help calm down after a hard day. 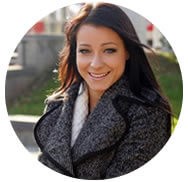 Melisa Marzett is a freelance writer with more than 5 years of experience in writing articles. Currently working for an academic editing company. She is also traveling discovering new places, meeting new people, gaining experience and sharing it through her writing.